The Egyptian state pays special attention to the file of developing the spinning and weaving sector and raising its competitive capabilities in a way that contributes to supporting the national economy, meeting the needs of the local market and increasing exports. And the development of gins, in addition to modernizing the infrastructure of factories, training and qualifying workers, supporting the livelihoods of farmers, and increasing the added value of Egyptian cotton to restore it to its previous successes in light of Egypt’s competitive advantages in cotton production worldwide.

In the same context, the report noted that the Egyptian Cotton Hub ECH was established to market and sell textile products in July 2021.

The value of the new machines reaches 540 million euros
In terms of modernizing the infrastructure of spinning and weaving factories, the report indicated that the value of the new machines amounts to 540 million euros, while construction works are being carried out between new constructions and restoration of about 65 buildings at a cost of 7 billion pounds.

As for the plan to develop the cotton gins, the report stated that 7 developed gins using modern technology will be replaced by the 15 currently operating gins, as the Fayoum gin was operated as the first developed gin in July 2019, while the trial operation of the developed Zagazig gin began in November 2021.

Restoration of 65 buildings at a cost of 7 billion pounds

This comes while the installation of modern equipment is being completed at the Kafr El-Dawwar and Kafr El-Zayat gins, and it is planned to complete the development of 3 gins by the end of 2022.

The report monitored the targeted production capacities of cotton, spinning and weaving after the development of the new system, explaining that the production capacity of the gins after the development is scheduled to reach 4.4 million kantars/year instead of 1.5 million kantars/year for the old gins, while it is targeted to reach The productivity of spinning after development has reached 188 thousand tons / year instead of 35 thousand tons / year currently.

The production capacity of textiles is also targeted to reach 198 million meters/year instead of 50 million meters/year currently, while the production capacity of ready-made garments, handicrafts and lint after development is targeted to reach 50 million pieces/year instead of 8 million pieces/year. Currently.

The report indicated that the largest spinning factory in the world is under construction in Mahalla al-Kubra, on an area of ​​62,500 m2 in the land of Shouna in the Misr Spinning and Weaving Company in El-Mahalla El-Kubra, with a capacity of 182,000 spinning mills, and a target production capacity of 30 tons of yarn per day, at a construction cost. It amounts to 780 million pounds, and total investments in machinery and equipment amount to 273 million euros.

The report stated that the construction work of the plant is scheduled to be completed at the end of March 2022, with trial operation to begin at the end of June of the same year.

The report revealed the goals of replacement and renewal, and the production capacity of the factory complex, which includes the replacement of 88,000 new mills with advanced technology to replace 170,000 dilapidated mills, while the target production capacity reaches 9,027 tons annually of yarn instead of the 366 tons currently being produced.

According to the report, the new system was circulated nationwide in the 2021 season, as it includes 193 cotton collection centers in 14 governorates in Lower and Upper Egypt, while preparations are being made to enter cotton as the first commodity traded through the commodity exchange in 2022.

The experiment of cultivating short-staple cotton in the East Al Owainat region succeeded during 2021 to reduce the import bill and provide local production requirements.

In a related context, the report dealt with the talk about the "Better Cotton BCI" initiative, pointing out that Egypt officially joined the initiative in May 2020, as part of a new campaign to increase sustainability and improve the conditions of cotton growers, as the initiative is implemented in the governorates of Kafr El-Sheikh and Damietta. 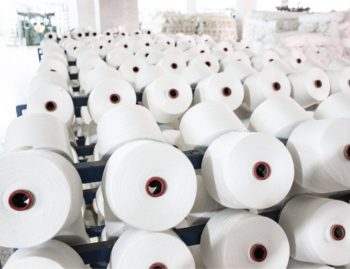 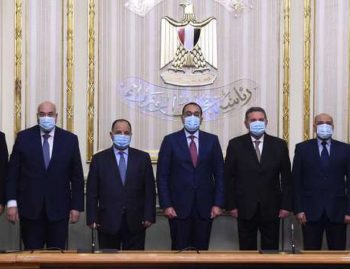 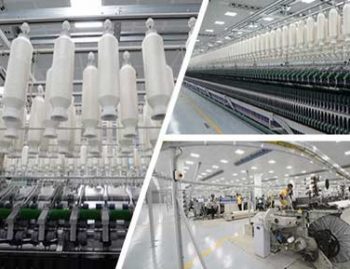 vamtam-theme-circle-post
 Category AL-OLA
The 3.1 million-lb scaffolding system is contributing to the replacement of the 50-year-old Gerald Desmond...
Read More 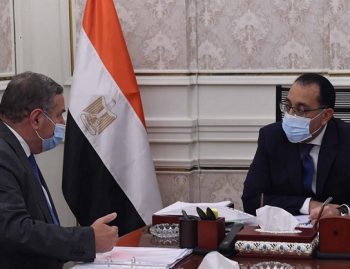 vamtam-theme-circle-post
 Category AL-OLA
Dr. Mostafa Madbouly, Prime Minister, met today with Hisham Tawfik, Minister of Public Business Sector;...
Read More

Head of Spinning and Weaving: Syndicate coordination to face the challenges of the “sector” in EgyptMadbouly witnesses the signing of a credit facility agreement for the development of spinning and weaving